Janwaar Castle, as I started it, as well as The Rural Changemakers are per definition open processes. An open sandbox. This implies two very basic things: 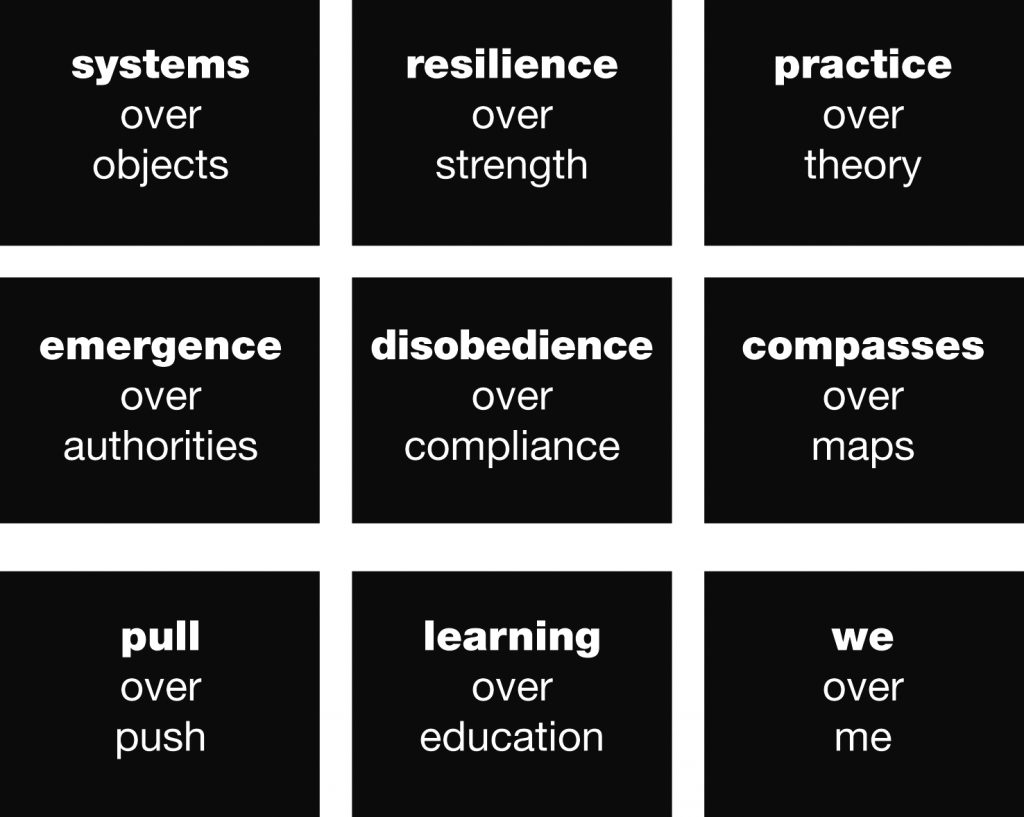 Systems over objects
In this brave new world of The Rural Changemakers the question is no longer about where the kids/villagers should be heading in the long term (= object-oriented, hierarchy and linear). The question is now where the kids’/villagers’ own dynamics will take the village (= network-based, autonomy, non-linear).

Emergence over authorities
The skatepark surely brought a new component into play in Janwaar. It disrupted the existing structure. It was enticing and the kids were curious enough to take up its invitation. Things kicked off from there. The place is now run and owned by the kids. It’s theirs. And it has become the place where various kinds of things simply happen. Because the kids can do whatever they want to do, they don’t need to ask for permission. Projects emerge – because the environment is right and no authority is standing over them, telling them what to do.

Pull over push
In Janwaar we don’t push the kids or villagers to adapt to our ideas and solutions, we simply provide an environment in which they can initiate their own projects and then learn to co-create and collaborate to make them happen. To make them successful. We see ourselves as guides in this process.

Resilience over strength
It’s not the fittest or strongest rural changemaker who succeeds. It’s the one who is ready to go the long distance, the one who dives into this open space and takes the freedom to observe what is happening and then brings in his/her own expertise.

Disobedience over compliance
You don’t win Nobel prizes for doing what you’re told. A rural changemaker is resilient to the automatization of the world, to the manner of taking things simply for granted. Disobedience and asking questions are a MUST.

Learning over education
Education is something that you do to others. Learning is what you do to yourself. So what Janwaar Castle provides is a learning environment where the kids can do what they love, where they find their passion and are encouraged to learn without even realizing that they are learning. Because they do the stuff they love.

Practice over theory
Doing things is much more important for a rural changemaker than developing theories. Changemakers do. Build. Fail. And do it again. They might fail again. They learn by doing. And they do until they succeed. This is the way the kids have learnt skateboarding.

Compasses over maps
Janwaar Castle is all about exploring and experimenting. Detours are guaranteed and built into your daily experience 🙂 So a map is pretty much useless. You need all your senses to navigate through this universe, to enjoy it to the full and make the most out of it.

We over me
What counts most among the rural changemakers is what the individual adds to the well-being of the community. It’s not what he/she achieves for him/herself.