The story of Janwaar Castle and its Rural Changemakers have been extensively covered in media all over India and around the world. Here is an excerpt of our media publications:

The article is in HIndi, here is a short summary:

Will skateboarding be the change India needs?

by Abhishek Sandikar in: The Bridge Chronicle

Asha Gond said she was asked to be in the background of a film inspired by her, but she turned it down. The film doesn’t credit her. 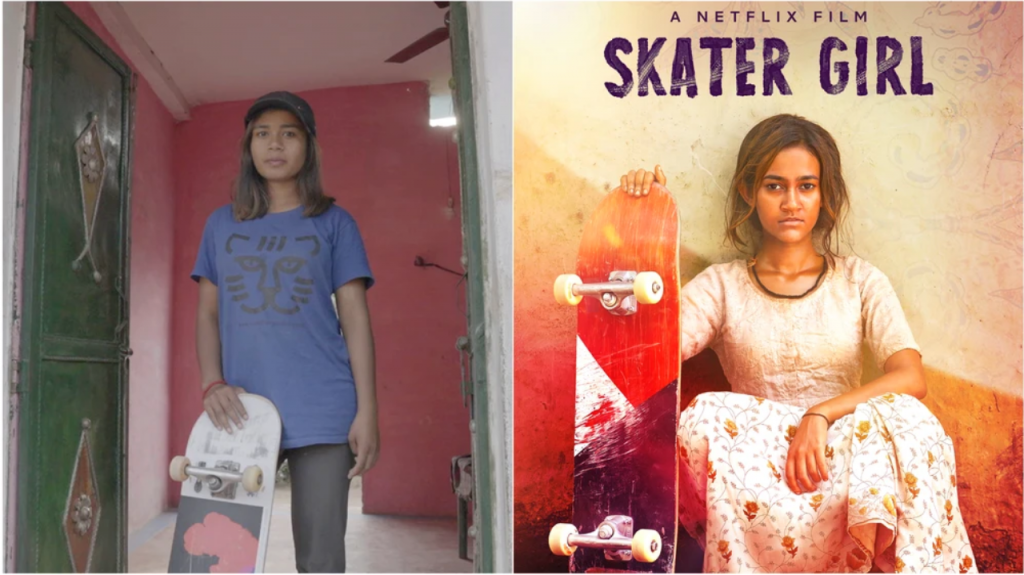 A learning revolution led by the real Skater Girl

by Shail Desai in mint Lounge.

There are many similarities between the protagonist of the film (Skater Girl released on Netflix) and Asha Gond from Janwaar. However, unlike the reel, the real Asha is changing lives by developing new ways of learning for girls in the village and their families

A new Netflix movie called Skater Girl chronicles the journey of an Indian teenage girl who discovers a life-changing passion for skateboarding. It’s also the story of Asha Gond. 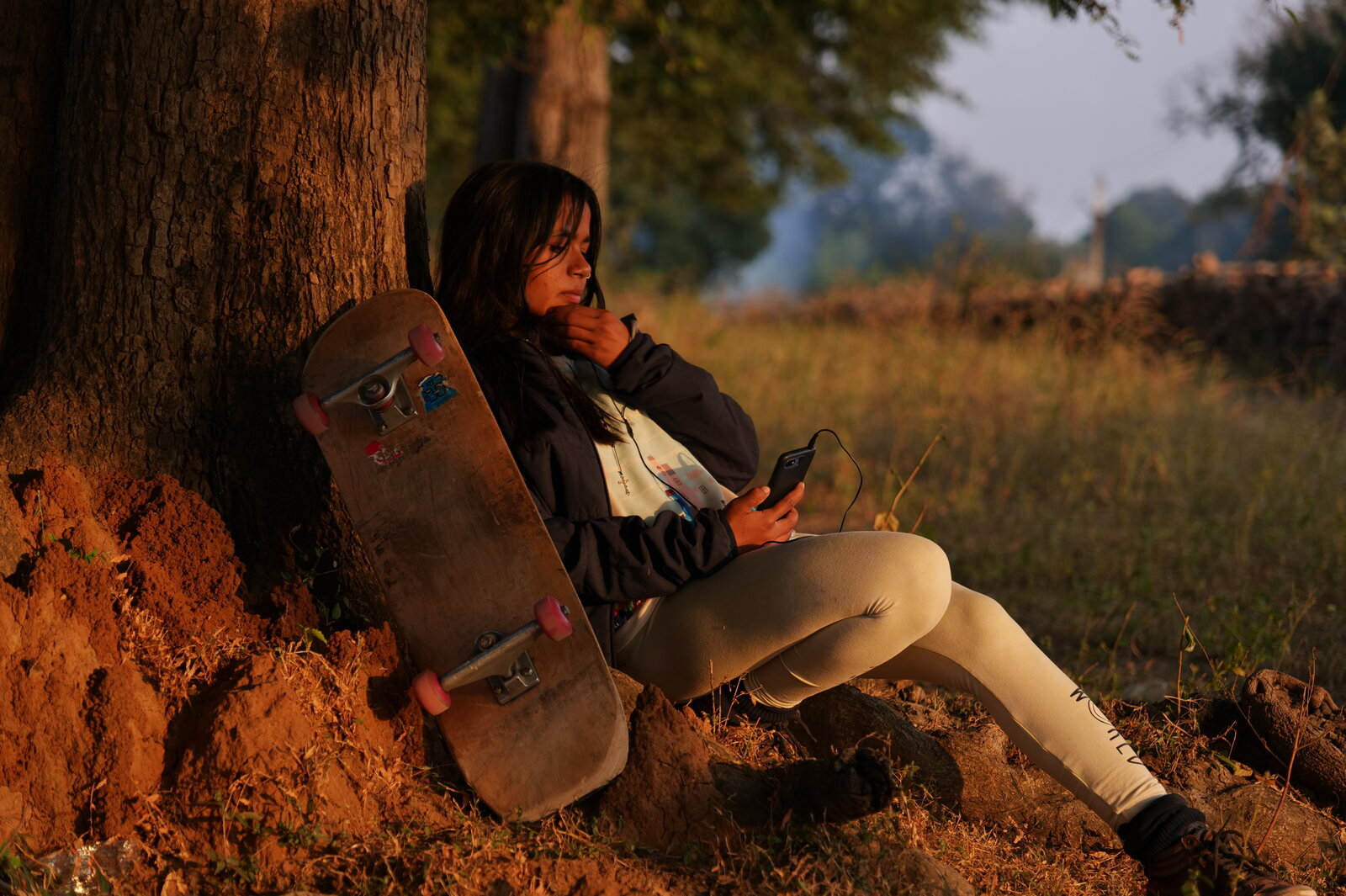 Besides the fact that I (Ulrike Reinhard) haven’t returned back to Germany, this is an interesting article from a different perspective. I’ve left India because of the pandemic and until today I am not allowed to come back >>> Visa restrictions. 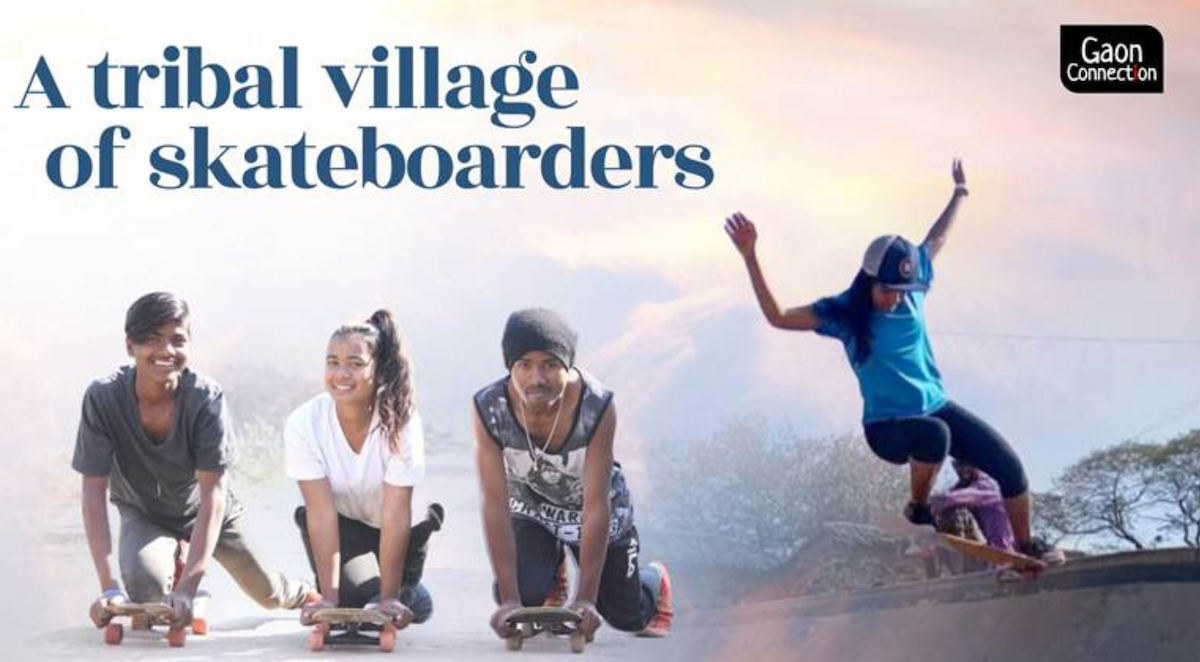 Asha is telling her story AND teh story of the village through her eyes.

The story is based on Asha’s and Ulrike’s story in Janwaar – unfortunately the producer/director who were multiple times in Janwaar do not care about their sources. See Asha’s response here among the comments.

Asha is featured in this article:

“If I didn’t skate, I’d be married and have had kids by now. Whatever I am today is because of skateboarding.”
– Asha Gond 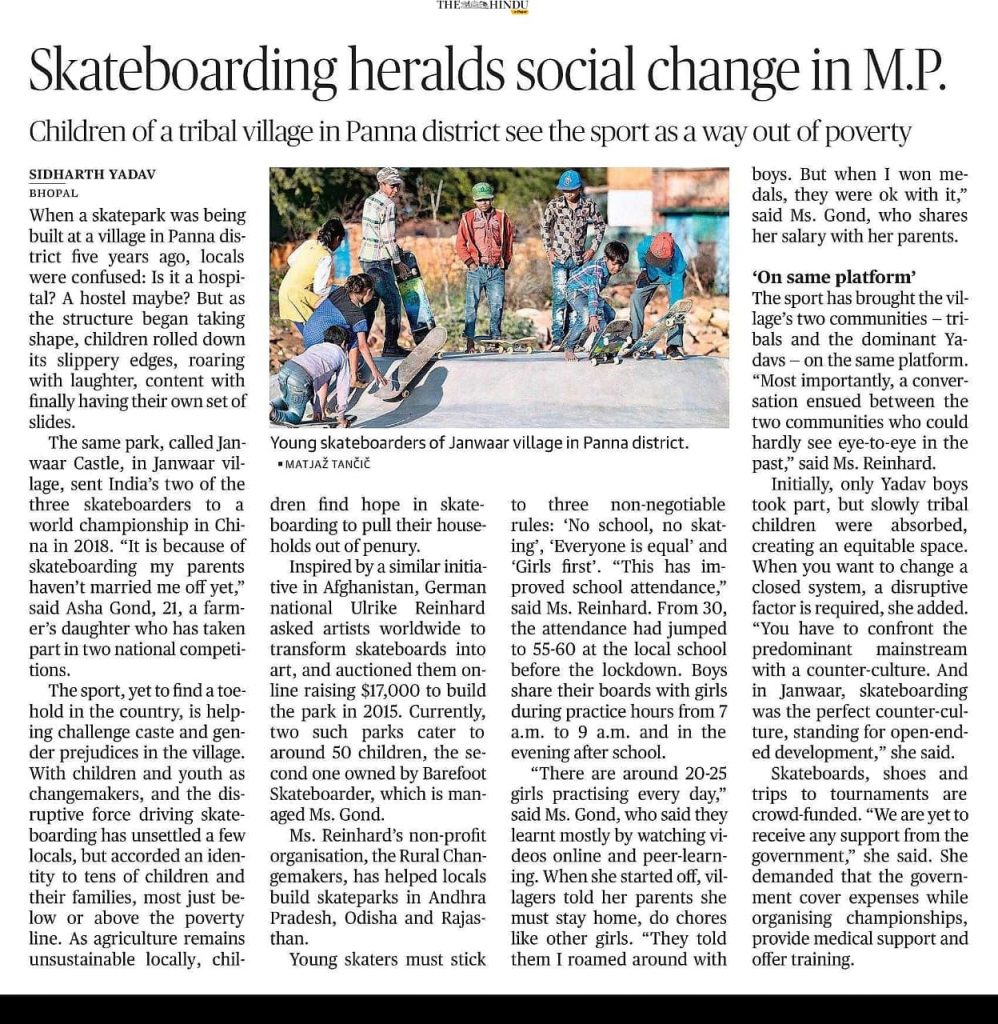 And here is a slightly different online version of the article.

August 9, 2020 in the local Patrika newspaper 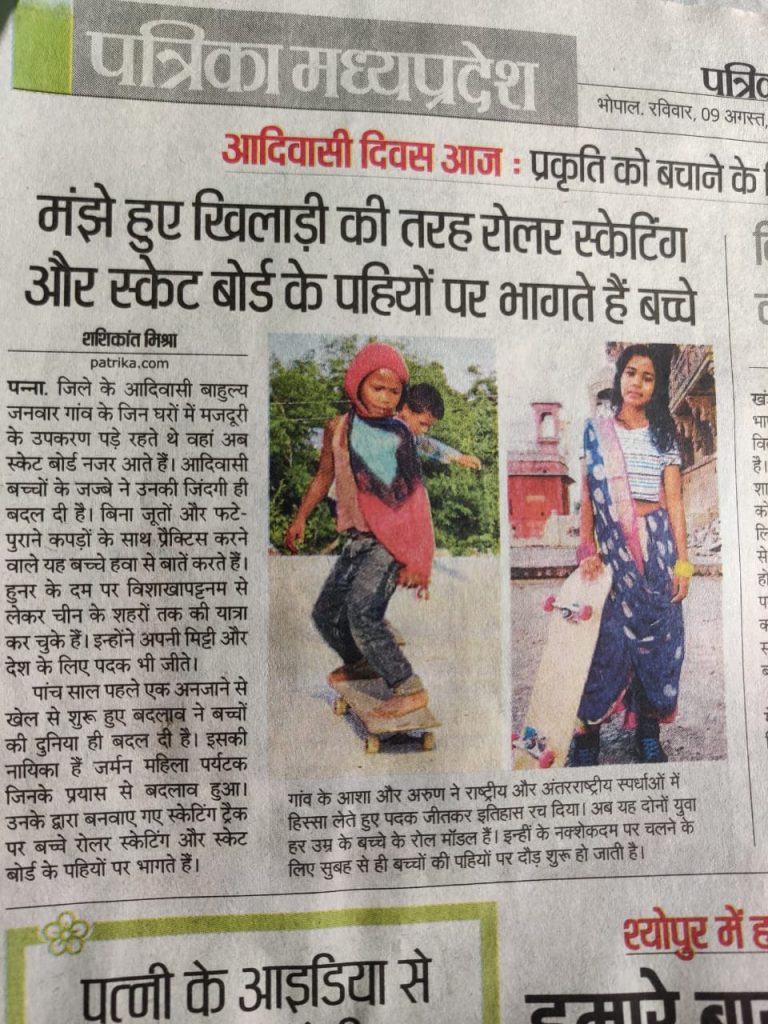 Short summary in English (by Abhishek Singh): Children who earlier had construction tools in their houses now have skateboards. It’s because of a German female tourist who has created a skatepark in Janwaar. Asha and Arun have even participated and won medals in national and international events. They are paving the way for the other kids. 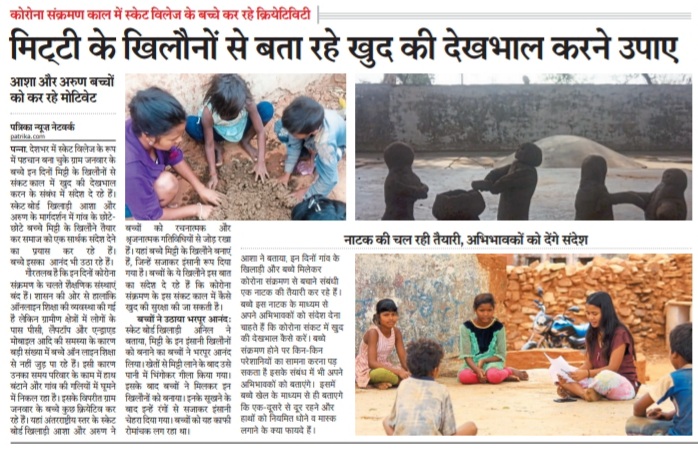 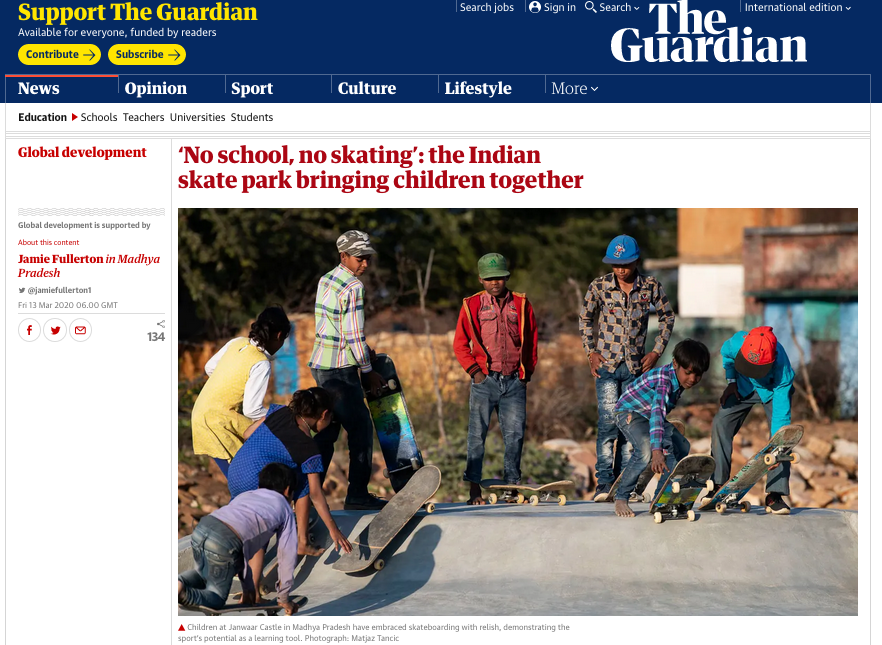 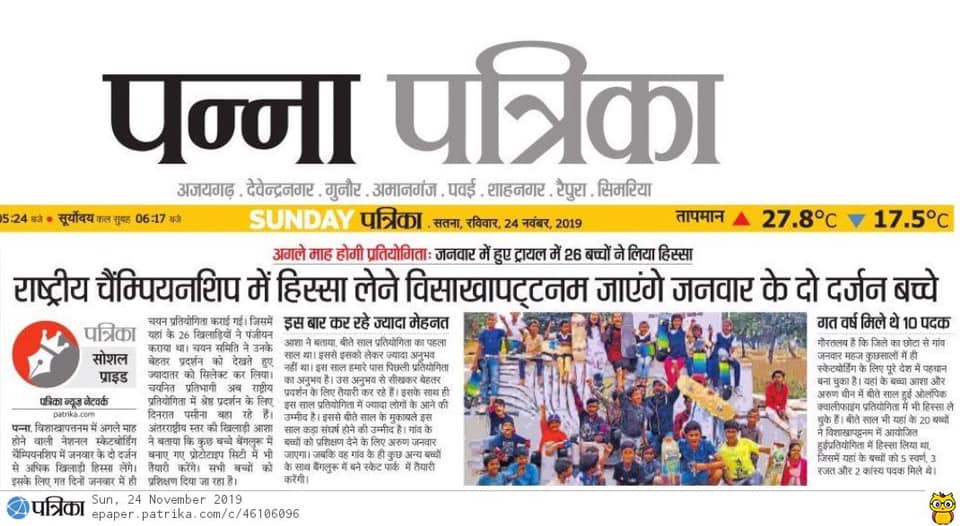 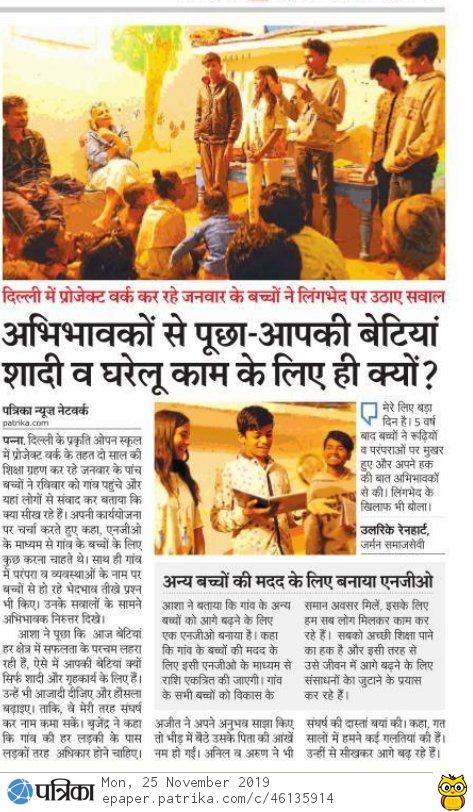 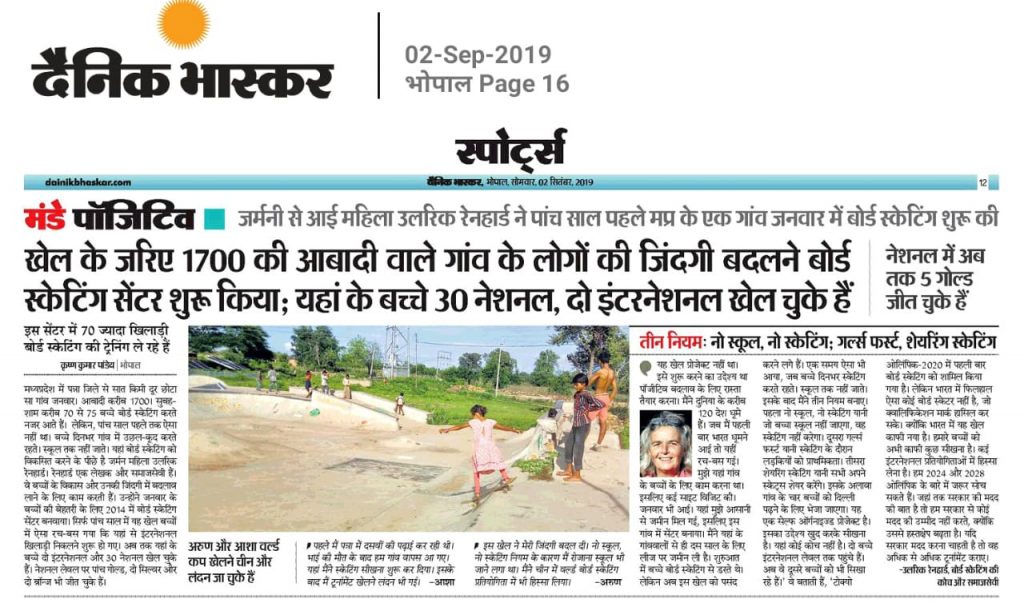 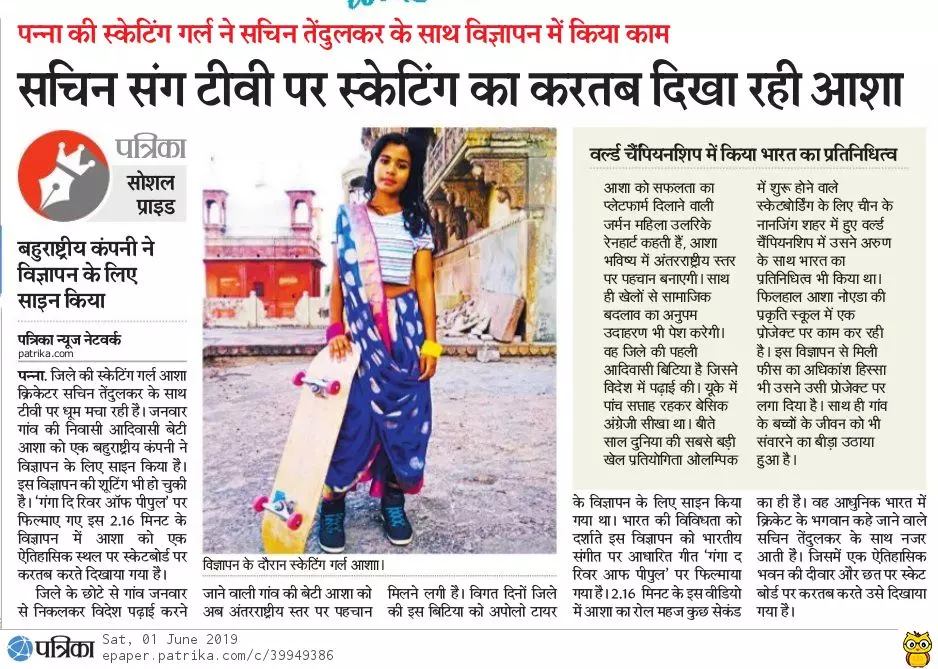 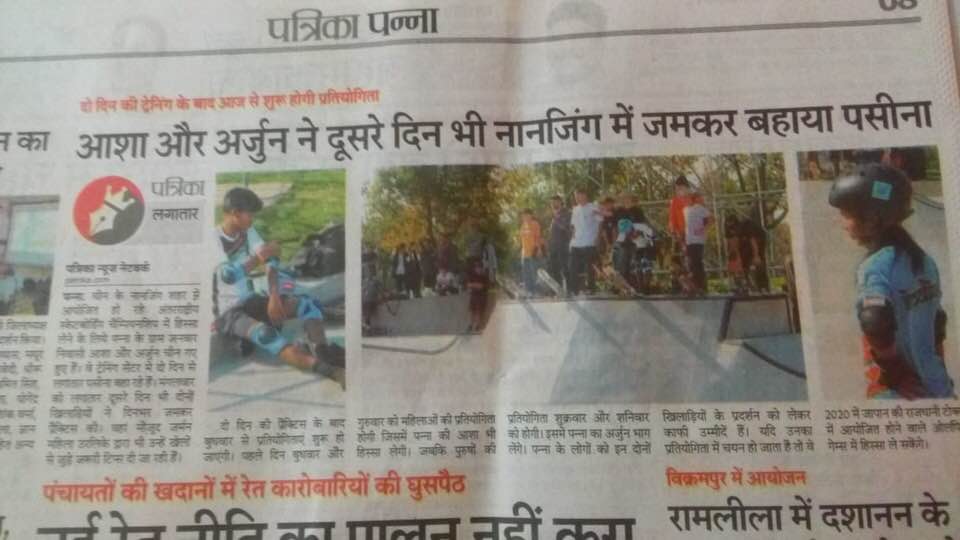 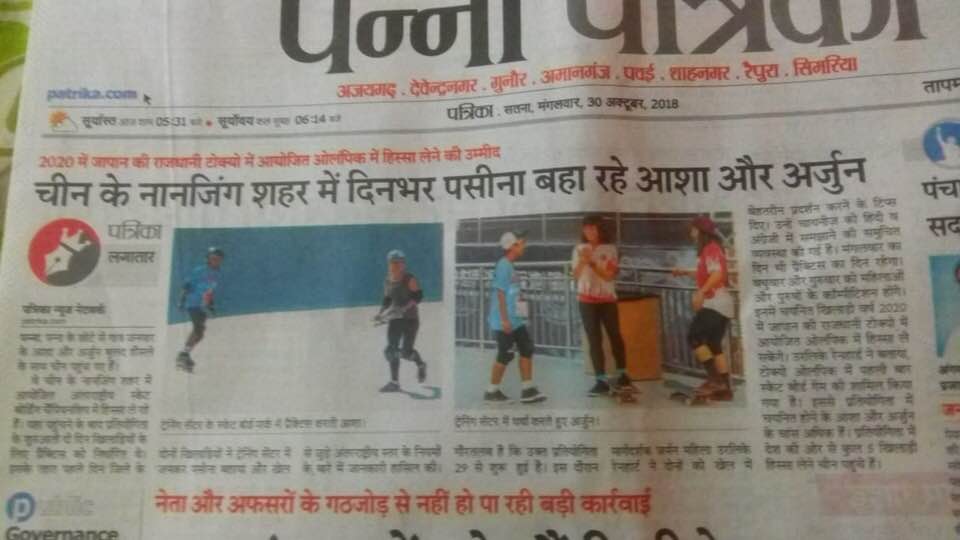 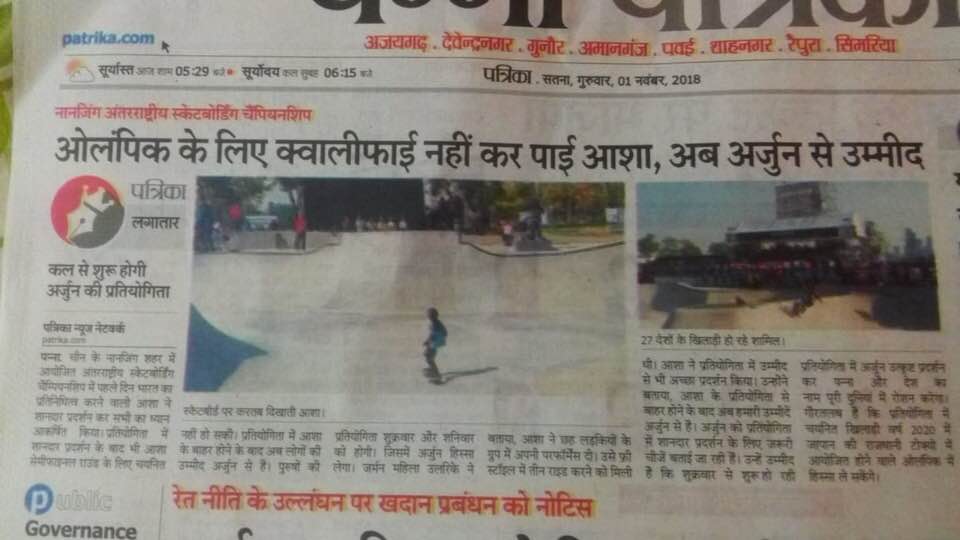 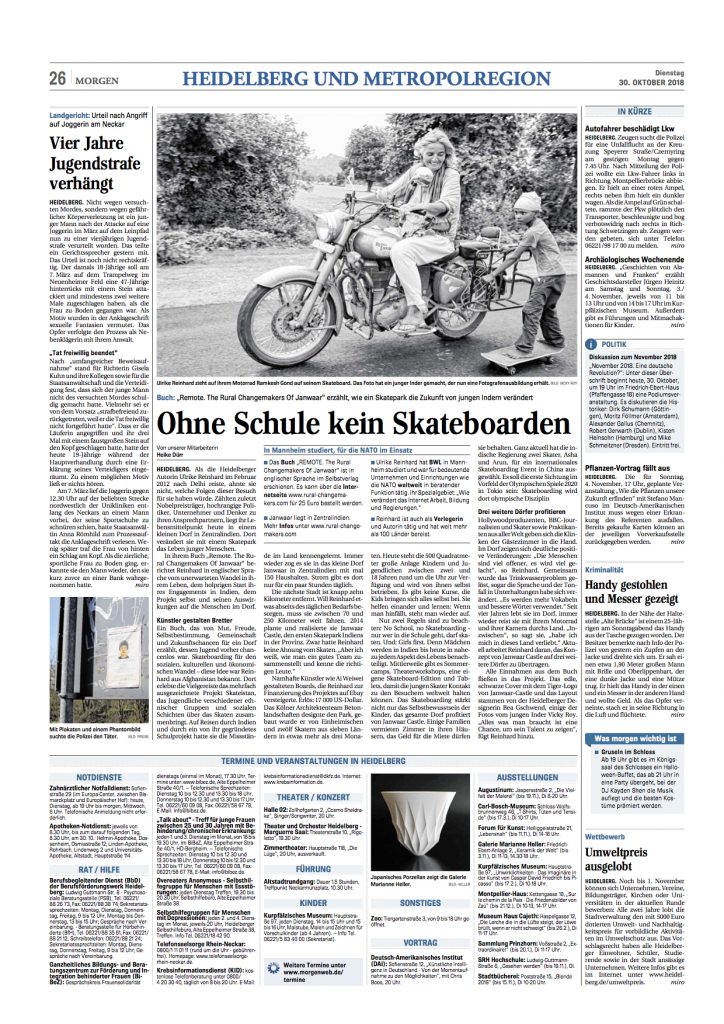 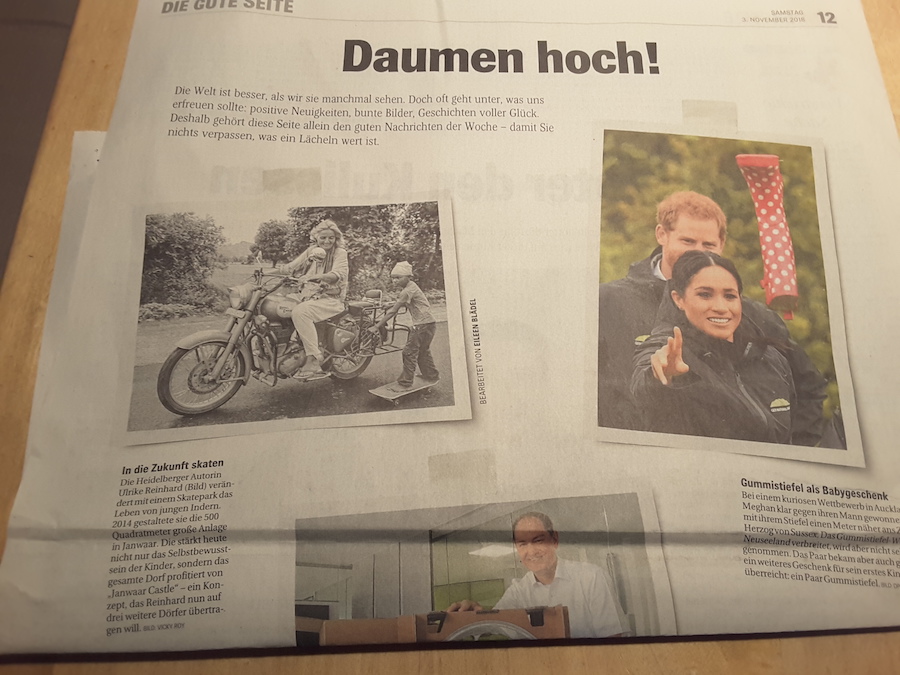 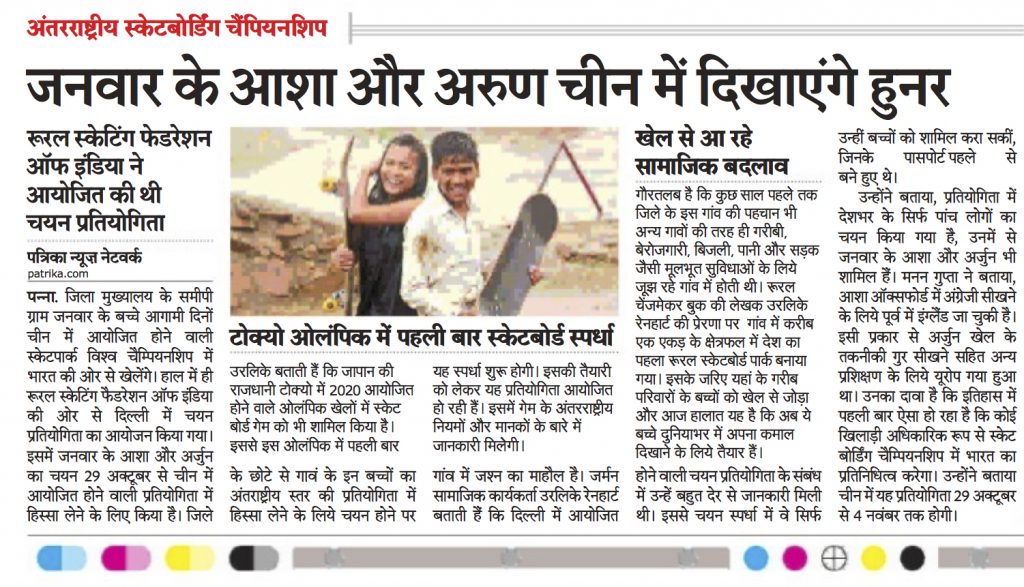 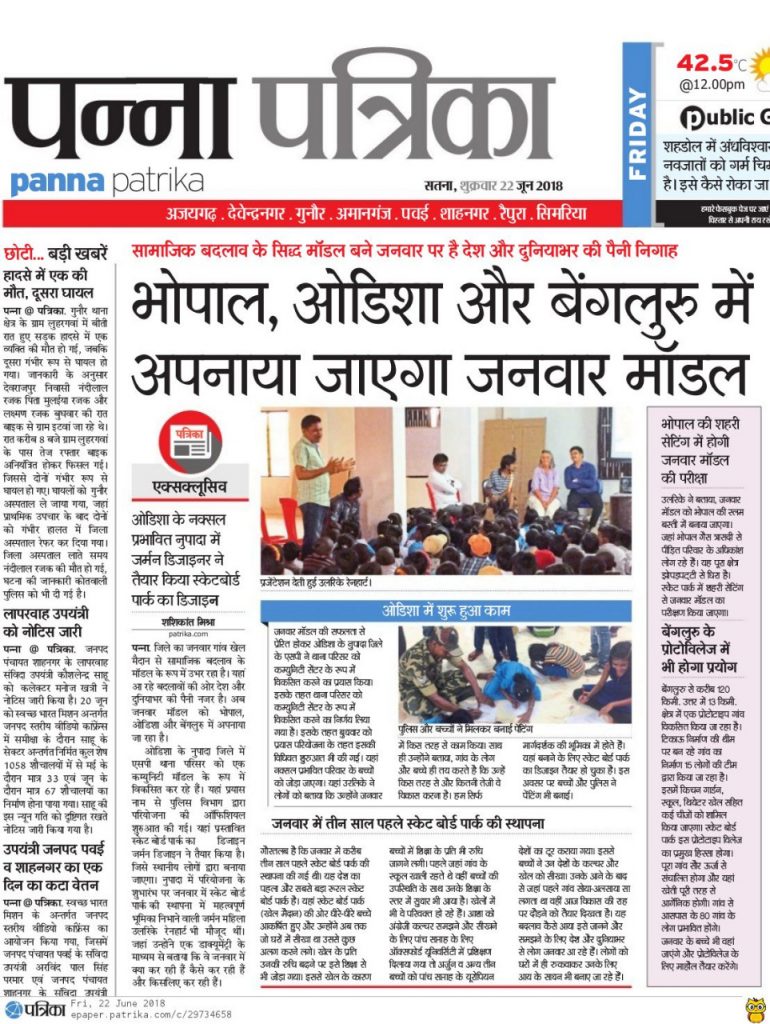 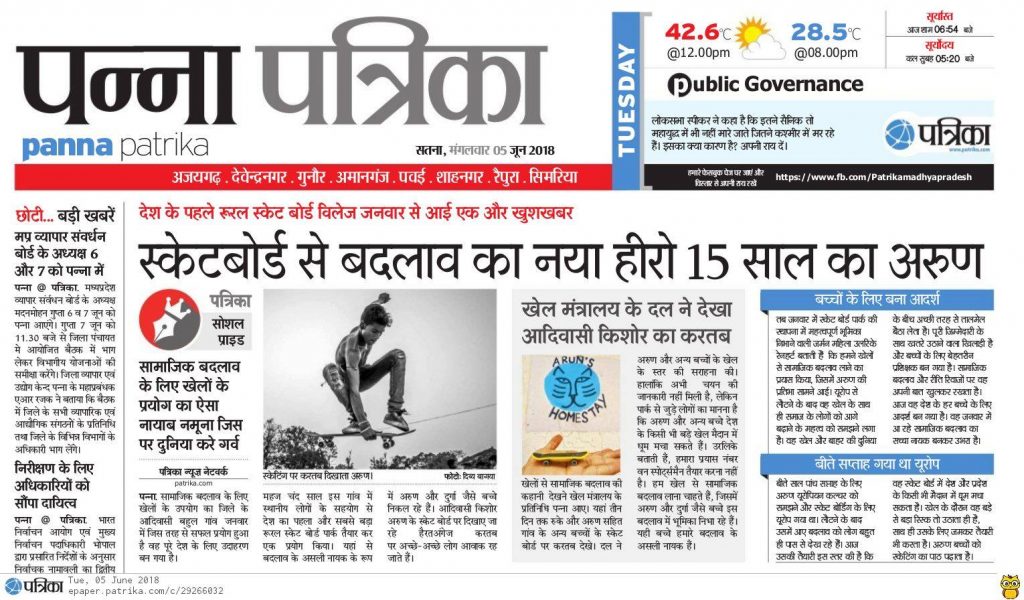 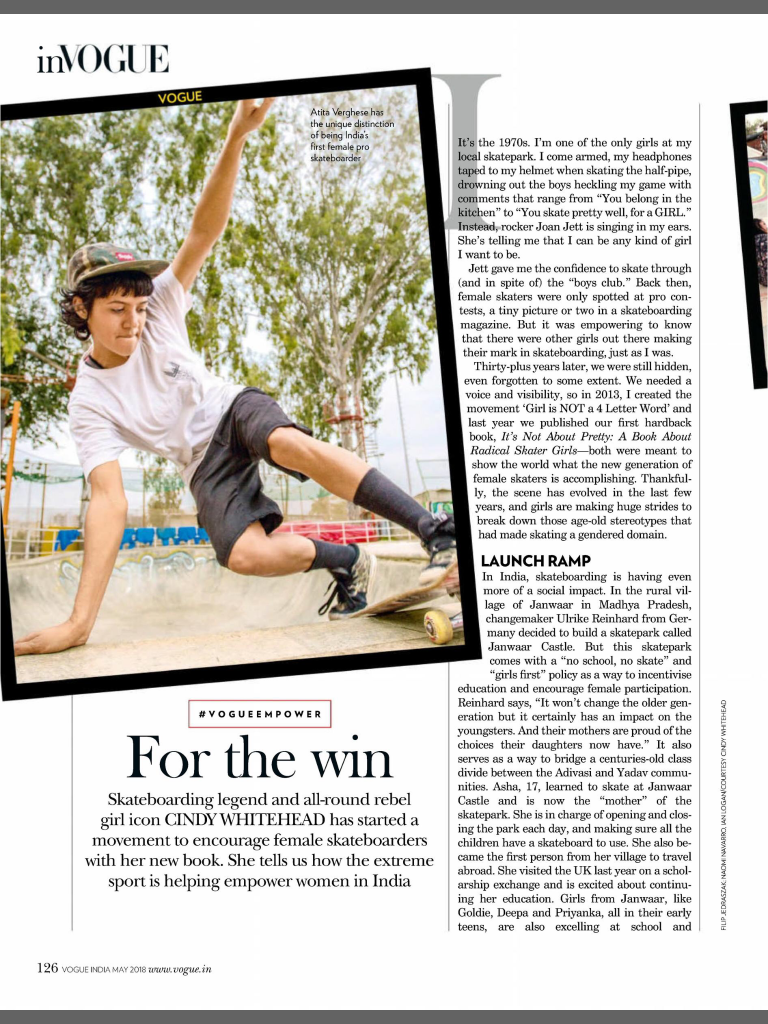 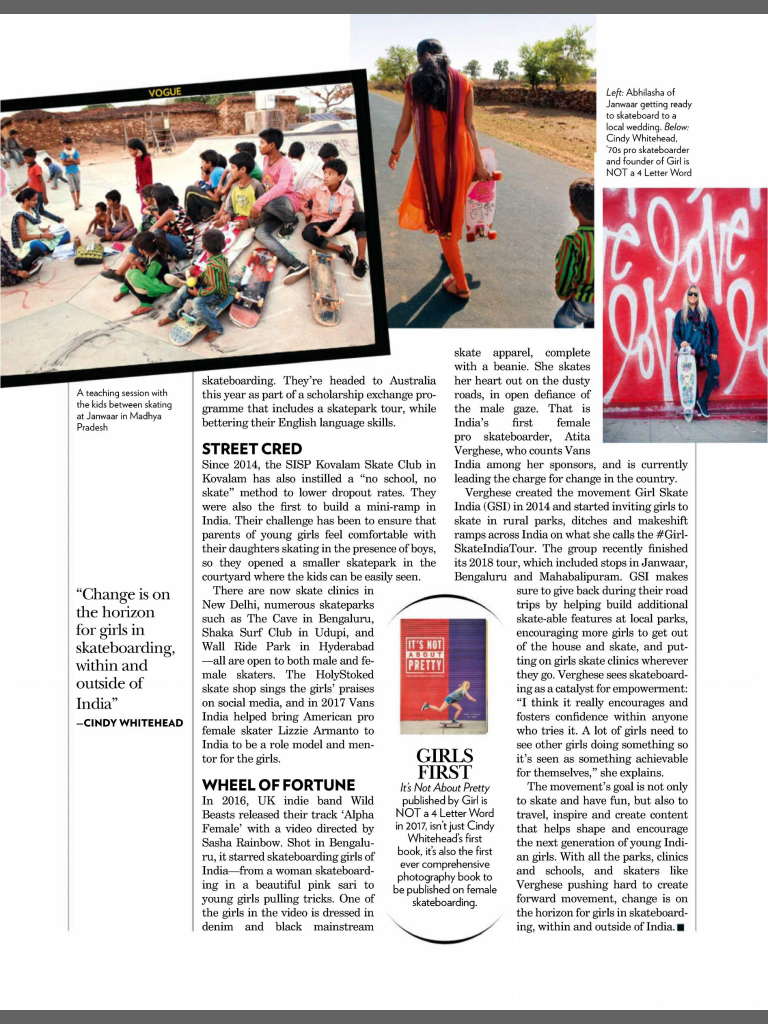 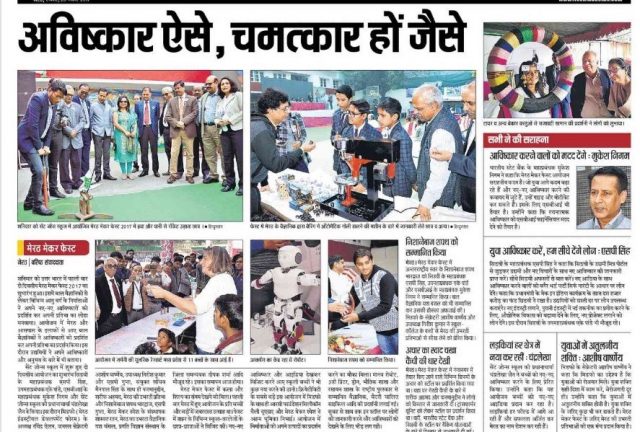 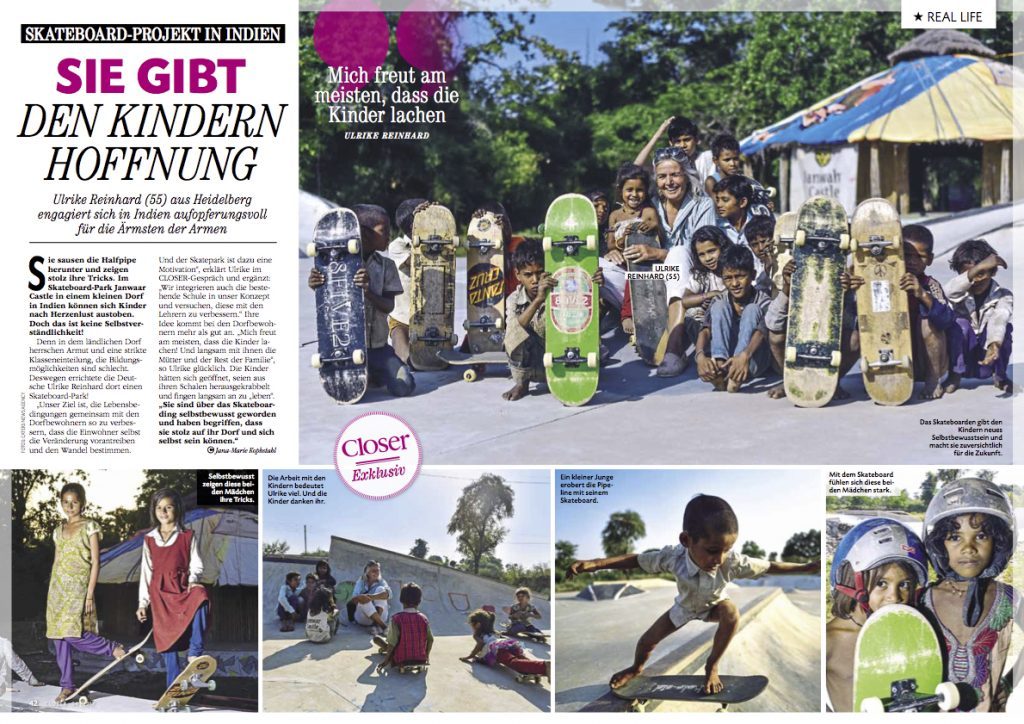